Start Your Next Script

[ninja_forms id=17] Write with us. Sign in to receive monthly worksheets, self-study tutorials to help expand your writing journey. We respect your privacy. Unsubscribe at any time.

What Professionals and Students Say About Us:

"There’s a reason I wanted Scott to be the official screenwriting blogger for the Black List. He’s the best there is. Period."


~ Franklin Leonard, founder, The Black List
""Tom Benedek is a teacher, writer and coach who puts in the extra time and effort to make sure that every story he mentors serves a necessary purpose. His expertise with characters and stories is transcended by how he goes out of his way to make sure that scripts provide the emotional punch that reminds us why we became screenwriters in the first place."

"Scott is one of those rare finds as a teacher – someone whose tireless passion for instructing and helping others realize their potential never wanes and falters. It truly fulfills him to see his students do well – which is no doubt why he has so many avid fans and long-term relationships with his graduates in Hollywood. He has a knack for seeing a writer – and giving them feedback – even if the script needs a lot of work – that builds up the writer instead of breaking them down – allowing them to return to the page and begin again – getting better each time."

~ Lisa Joy, screenwriter and TV writer-producer, Pushing Daisies (ABC), Burn Notice (USA), Westworld (HBO), 2014 Black List script “Reminiscence”
"Thank you for running such an excellent workshop. I learned so much, and it was a really great environment for trying out new ideas and getting honest, supportive feedback."

~ Erin O’Connor, screenwriter – Miss Virginia(2018) with Uzo Aduba(Orange is the New Black)
Tom is great to work with - - a wonderful screen and TV writer. He understands how series television is built on the page and knows how to talk about it with students and professionals.

~Josh Brand TV Writer-Producer - The Americans, Northern Exposure, Amazing Stories
"I’ve known Scott for a number of years, going back to my first discovery of his excellent Go Into the Story blog, an invaluable resource for writers of both film and television. Since then I’ve known him to be an incredibly talented, knowledgeable and generous teacher and champion of writers. In a business with no shortage of hucksters, he is a true force for good."

~ Mickey Fisher, creator and executive producer, Extant (CBS) and Red Planet (NatGeo)
"Tom has a very incisive understanding of all the ingredients that make a great screenplay. He’s also a first rate writer and a wonderful teacher."

~ Producer Michael Shamberg – Erin Brockovich, Pulp Fiction, Get Shorty
"No teacher has been more influential to my career than Tom Benedek. From the University of Southern California to ScreenwritingMasterClass.com, Tom's classes have never failed to encourage, educate, and inspire. In addition to my graduate coursework at USC with Tom, I have greatly benefitted from both 'Network Hollywood' and 'Writing the Original Pilot Script’ at Screenwritmasterclass.com. I recommend Tom's classes to every aspiring and developing screenwriter I meet." 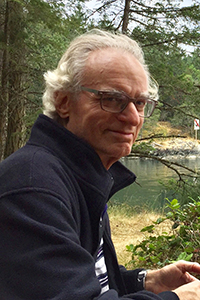 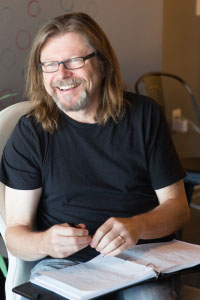 Tom Benedek and Scott Myers have each written dozens and dozens of projects for every major Hollywood studio and broadcast network. They are also award-winning teachers. They share a passion for storytelling technique and offer a hands-on, personal approach with every writer they work with.

Scott and Tom have had multiple major motion pictures produced and are both long-time members of the Writers’ Guild of America, west. In addition, Tom is a member of the Writers’ Branch of the Academy of Motion Picture Arts and Sciences. Whether you are a beginning, intermediate, or advanced writer, Screenwriting Master Class offers unique learning opportunities for you. Take the next step in your creative adventure with Screenwriting Master Class!