You set the “rules of the ride” in the opening pages.

What kind of movie is it?
What is the genre?
Comedy? Action? Drama? Horror?
Or a combination of two or even three specific genres?

The genre type (or types) you signal in those first pages provides a framework for the audience and a set of expectations for the writer.

The audience expects your movie to deliver a measure of familiarity along with original characters and turns of plot.

Mixing genres can provide a solid structure for your script and build a fresh kind of anticipation in the audience.

In this free class, we will explore genre categories and ways to combine them.

We will also look at the opening pages of the Academy Award winning psychological horror/social commentary/comedy script for Get Out.

This free class is an introduction to the upcoming one-week online workshop, Craft: The First 15 Pages

Have a  question that you’d like addressed live during the class?
Pre-submit your question here: 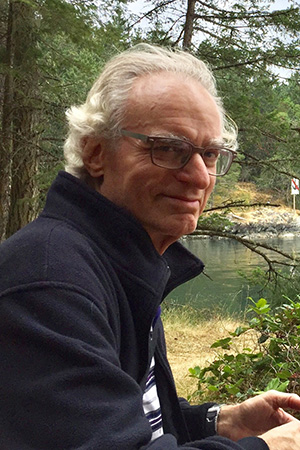 Tom Benedek wrote the screenplay for Cocoon and other films. He has completed more than thirty-five writing assignments at major studios, independent production companies, and TV networks.  He has worked with Robert Zemeckis, Ron Howard, Martin Scorsese, Sydney Pollack, Richard Rush, Harold Ramis, Lauren Schuler Donner and many other gifted filmmakers.Tom also teaches screenwriting online at the University of Massachusetts at Amherst where he earned his Bachelor’s Degree with an Individual Concentration in Film.  He attended L’Institut de Formation Cinematographique in Paris and is a graduate of the Director’s Program at the American Film Institute. He has taught extensively at the the University of Michigan at Ann Arbor and in the MFA and BFA programs at the USC School of Cinematic Arts.


Write with us. Sign in to receive monthly worksheets, self-study tutorials to help expand your writing journey. We respect your privacy. Unsubscribe at any time.